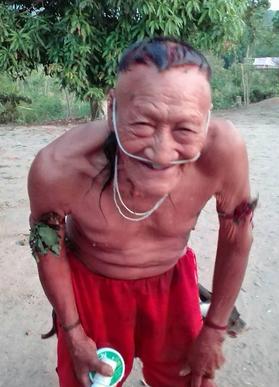 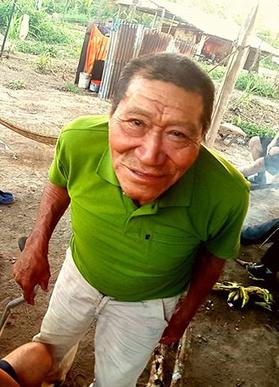 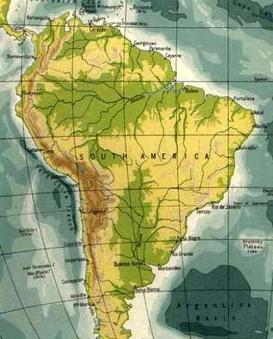 These are the Ends of the Earth JESUS said we should go to.

The Amazon Jungle measures around 2 500 km by 2 600 km square (6.5 million sq/km). It stretches from the Atlantic Ocean to the foot hills of the Andes Mountains in Venezuela, Ecuador, Columbia, Peru and Bolivia. It also reaches into French Guiana, Suriname, English Guiana and Brazil, which constitutes the largest part.

This jungle contains 20% of the world’s running fresh water and generates around 50% of the world's oxygen. (Many scientists believe greater volumes of oxygen are actually manufactured by cellular organisms in the ocean). Fresh water currents can be found as far as 250km from the Amazon river mouth, out into the sea.  The total length of the river, as the crow flies, is over 4000 km.

Origins of the Amazon Indigenous Peoples
It is in this massive area that several hundred indigenous tribes are still hidden today, untouched and unreached by western civilisation. These people groups migrated from the Far East, which is today’s China, Japan, Mongolia, North East Siberia etc.

This happened over a period of time dating back as far as 5 000 years. They tracked across the Bering Strait, which lies between modern day Siberia and Alaska, then having been dry ground, and at times mostly frozen due to the Ice Age. What we actually term as North – and South America, could better be described as the “Far-Far East” due to this migration from the East.

Biblical Perspective
It is to these people groups, the Amazon Indians, that God’s Word will be preached, in reacquainting himself with them. It has been prophesied that this is God’s uncompromising will and plan for all of mankind, including the Amazon Indians.

We have to take precautions because just as it is an inevitable fact that God will watch over the completion of his Word being carried out to the finest detail as planned before the creation of this world, just so, it is inevitable that our fast developing technological civilisation will soon overtake these unprepared people groups in the diminishing Jungles of the Amazon basin. We are accountable, responsible and have a privileged com ”mission,” to go:

“And the Gospel of the Kingdom [His Word] will be preached in the whole world as a testimony to all nations, and then the end will come.” Matthew 24:14

“Go and make disciples [His Word] of all nations, baptizing them in the name of the Father and of the Son and of the Holy Spirit …” Matthew 28:19

A) Should we  make contact with these unreached people groups?
B) Or should we work to stop any possible contact from our side?

These questions have caused much debate throughout many decades. These are my conclusions:

Someone has to go in and reach these people with the truth of God’s Word, allowing them answers to the very basic questions of life, origin and heredity in coming to know Jesus as their Saviour.

Jesus, the Christ, not only gives solutions to basic human questions for life but also exchanges our lost situations with his resurrected life forever. God split history into two, by sending and coming to us in the person of Jesus Christ, and changing lives and the course of history for all time!

For these Indians, to receive and accept the Gospel doesn’t just give them eternal salvation but also an identity and strong sense of belonging into real life on earth. They are being reunited with the knowledge of their Source (God) of origin. It builds and regains self worth and moral dignity, enabling them to fend their ground against oncoming intrusions. There are many testimonies hereof

God in all finality overseas and involves himself in all matters on Earth but calls mankind to responsibility and accountability in how they will cooperate with him in seeing the last plans of creation fulfilled and completed.

The intervention of every individual, whether by reasoning or decisive will and action has brought about the events of history and therefore we are accountable.

I have seen and experienced cold – and real war battles between beaurocratic and individual entities concerning matters about Amazon Indian Tribal situations but this has not stopped the encroaching modern day development and expansion of western civilisation into the Amazon Jungles. Not only does it change the face of their culture at a rapid rate, but also the characters of the individuals themselves.

According to statistics, approximately 95 out of more than 200 Indian tribes (yearly revised) in the Amazon Jungle have never been reached with the Gospel of Jesus Christ. In other words, these unreached groups of people are dying without being reinstated back into a right relationship with their God, the Creator, unless somebody reaches them in time! Of the mentioned 95 tribes approximately 16 haven’t even been reached even with base articles of society not mentioning domestic animals.

Islamic people in the 10/40 longitudes and latitudes window can tune transistor radios and disk TVs into Trans World Radio or God channels, hearing the Truth preached in their own languages. The Amazon Indians don’t even know what a “radio or TV” is, not even to mention the absence of their languages transcribed, written or recorded for reproductive purposes! There’s no ways they’re going to hear the Good News ‘cause of fear for the unknown! They will never come out of their temporal hidings. It’s the only security they know! The only way they’re going to be reached is if we go in, to them!

The Indians themselves have related that they “have to” (must) serve and worship spirits in the jungle. Not out of free will, but, because, they have to! That doesn’t sound like freedom to me? They’re doing it out of fear! They tell us that man once had contact with the Creator but that somewhere in the past somebody did something very wrong and this destroyed our contact with God, up till now, and since then, no contact could be re-establish with Him?

Surely they have the right to hear the Truth, at least once!? This is the Truth, that not only gives us eternal hope but the real thing, in that Jesus Christ was the only one in history who ever made the following statement: John 14:6, “I am the Way, and the Truth and the Life. No man comes to the Father except through me.”

Many of the Indian tribes face a continual threat caused by snakebites and disease in the Amazon Jungle. There are other dangers like terrorism, drug abuse, and drug trafficking. Many Indians are bound by superstition and paganism. Other Indian tribes take hallucinogenic drugs (eg ayahuasca: “vine of death”) which allow them to see and interact with demonic forces. It’s in such a contrast and comparison with Jesus being the “Vine of Life!” John 15:1.

The latest threat on indigenous groups comes from oil and gas exploration and the like. Some governments began doing exploration in the east of the Andes, including the Upper Amazon basin. The pipelines that will stretch across the Peruvian coast, and possibly across Brazil would also be a potential source of conflict with the indigenous tribe’s habitats.

Biological exploration is yet another danger. Several pharmaceutical companies visit the Amazon basin and harvest the land vegetation diminishing the jungles.

All these factors eventually result in immorality, alcohol abuse, prostitution, cheap labour (slavery) with other various domestic problems to the Indian tribes because of their inferiority to their exploiters. Amazon Missions also plays a vital role in creating buffers between the above inevitable changes and oncoming destructive threats to the Indian tribes. We buffer them in equipping and training them to deal effectively with their changing environment based on their renewed sense of origin through their God given dignity.

Besides bringing the Gospel, preservation of the Indian groups in their original culture and identity is an essential focus of Amazon Missions' outreaches as we aid in guarding their existence against corruption.

Why the Amazon Jungle 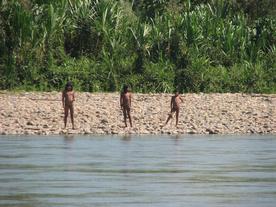 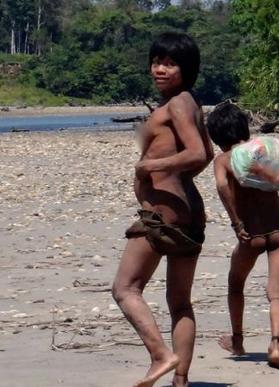 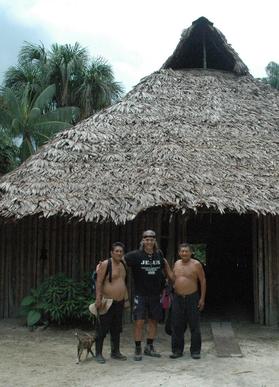